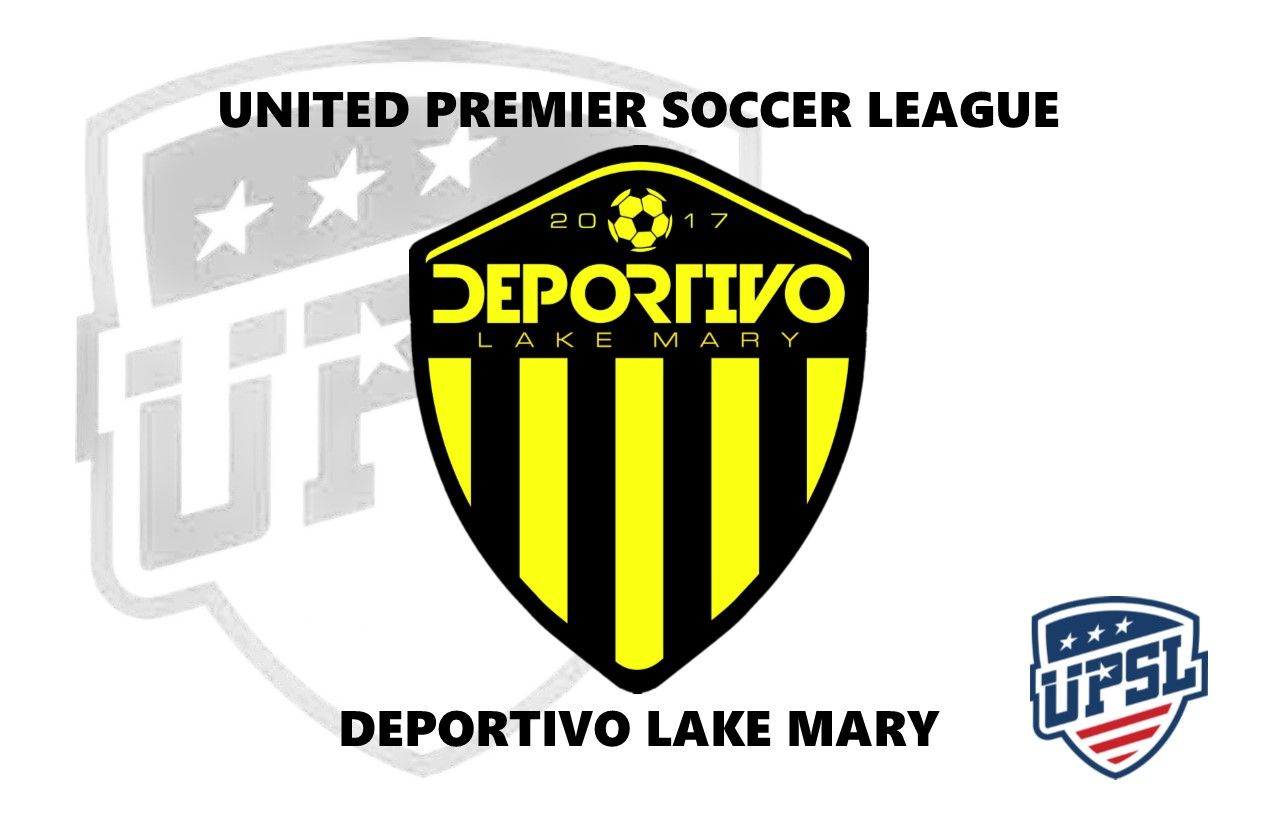 United Premier Soccer League Commissioner Yan Skwara said, “We are extremely excited to add Deportivo Lake Mary as our Florida Conference expands into the Central Florida market. Our new Sunshine Division is centered in Orlando as we have many quality clubs in the area that will become part of the division, thus giving us the opportunity to continue to Connect American Soccer. We wish Deportivo Lake Mary the very best as it prepares for its debut in the 2018 Spring Season.”

Deportivo Lake Mary Owner and President Alfredo Forero said, “Knowing that I’m getting older and I can’t play forever I decided to start my own team because I just want to win. Now I want to build a competitive team based on sponsorships to provide for the players who want to play at a high level.”

“We’ve been trying out some new guys so the first team has struggled but the second team has a base of guys that has really come together and done well,” Forero said. “It’s a process and there’s been some tough games but I’m committed to this.”

Forero said he intends to pick the best 25 players to create the roster for Deportivo Lake Mary’s first UPSL squad.

Founded in 2017, Deportivo Lake Mary can participate in the qualifying rounds for the f Hunt U.S. Open Cup through its affiliation and membership with the UPSL, the U.S. Soccer Federation (USSF) and the United States Adult Soccer Association (USASA).

The UPSL was formed in 2011 and currently includes more than 80 teams in Arizona, California, Colorado, Florida, Georgia, Idaho, Massachusetts, Nevada, New Jersey, New York, North Carolina, South Carolina, Utah and Virginia. UPSL is the fastest growing Pro Development League in the USA, with 100-plus teams targeted for 2018 Spring Season. Each UPSL team is individually owned and operated, and is responsible for maintaining either UPSL Pro Premier Division or Championship Division minimum standards.

UPSL teams are all eligible to participate in the U.S. Open Cup Qualifying Rounds through the leagues affiliation with the U.S. Soccer Federation (USSF) and the United States Adult Soccer Association (USASA).

More information about UPSL can be found at http://www.upslsoccer.com or by following the league on Facebook (http://www.facebook.com/upslsoccer) and Twitter (@upslsoccer).

Admiral announces partnership with Deportivo Lake Mary of the UPSLNext